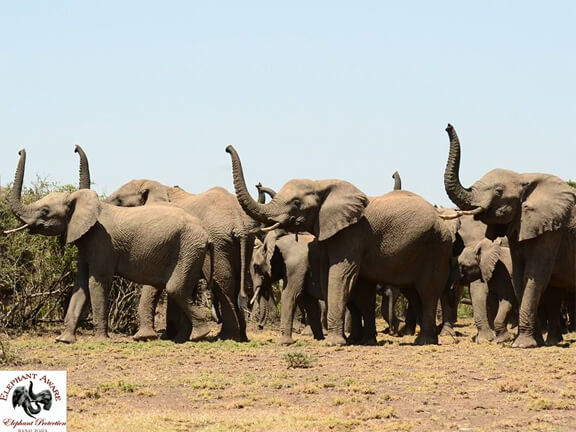 Siana is located in the northeastern part of the Maasai Mara ecosystem and consists of two conservancies of about 170,000 acres in size, at an altitude of about 2,000 m. Elephant Aware Maasai Mara (EAMM) is aiming to promote peaceful co-existence of elephants and people, to fight poaching and treat injured elephants in this area.

The Siana region hosts up to 400 elephants at a time making it a crucial elephant habitat and Elephant Aware has named and identified many of these animals, which were registrated in the elephant voices mara elephant database. The elephants share their grazing land with cattle, sheep and goats. Besides elephants, wildlife encompasses lions, leopards, cheetahs, hyenas, elands, buffalos, wildebeests, impalas, giraffes and zebras. Like the Naboisho-Conservancy Siana is a preferred habitat for the large elephant bulls of the Mara Ecosystem, as they prefer scrubland and forests to the wide grass savannahs.

Human-elephant conflicts tend to occur when roaming elephants meet cattle herders and their herds, or come too close to villages or people. Traditional migration routes of elephants are obstructed by newly-built fences that are intended to protect Maasai land. Moped taxi drivers or women collecting firewood are also in danger of being attacked by elephants or lions. 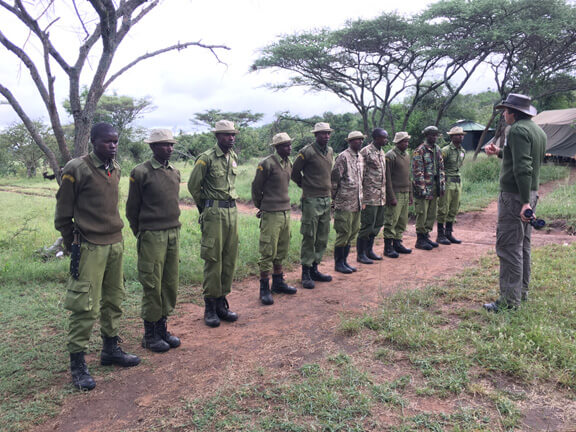 EAMM currently employs 12 Rangers, all Maasai from the surrounding villages. Some rangers live up to 10 km from the EAMM camp, and take a walk of up to 2 hours to get to the EAMM camp daily. This walk serves as the first patrol of the day. At 8 am the service starts with brief reports about the observations of the individual rangers on their way to the EAMM camp (wounded animals, suspicious activities etc.). On the subsequent patrol, the rangers usually travel in pairs on foot or are brought with the Land Rover to more remote areas that are sometimes difficult to access, and can only be combed by foot. They monitor focal points where conflicts are likely to happen. Many violent encounters could already be prevented. Shepherds, for example, are informed about the presence of elephants or lions that are near their livestock, so that they can avoid dangerous encounters. If necessary, elephants can also be diverted.

Elephant Aware works without borders though their main focus of operations is in the Siana region. More remote areas are patrolled 2 to 3 times a week. The EA Rangers walk up to 30/40/50 kilometers a day and do not carry weapons, except for traditional Maasai knives. They also monitor injured animals and, if necessary, call the Mara veterinarian.

Educating community members about appropriate behaviour in encounters with elephants is an important part of the work, as well as to generally create awareness about how to co-exist peacefully with wildlife. The rangers hold information sessions in villages, at community meetings and schools. 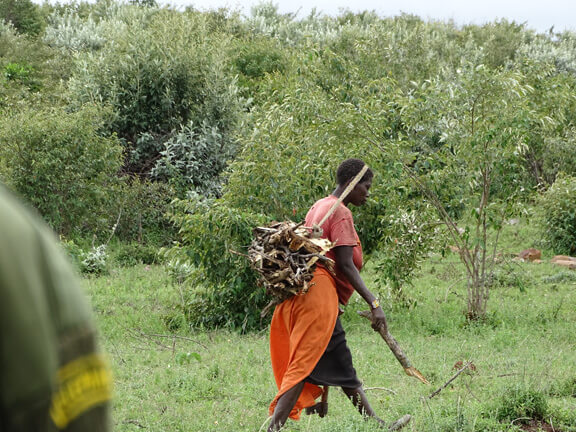 Elephant Aware attaches great importance to a trusting relationship with the resident Maasai, which is based on great mutual respect. This plays an important role in elephant conservation and ensures that EAMM is called when needed or receives important information from individuals, e.g. about poachers. It is also important and helpful that all rangers are Maasai and come from the communities. They speak the same language and are able to understand the fears and worries of the local Maasai.

There are about 2 500 to 3 500 elephants living in the Maasai Mara in southwestern Kenya. Most elephants roam the park area and the surrounding conservancies such as Naboisho, Ol Kinyei, Olare Orok, Siana, but some also move through adjacent pastures and Maasai settlements. 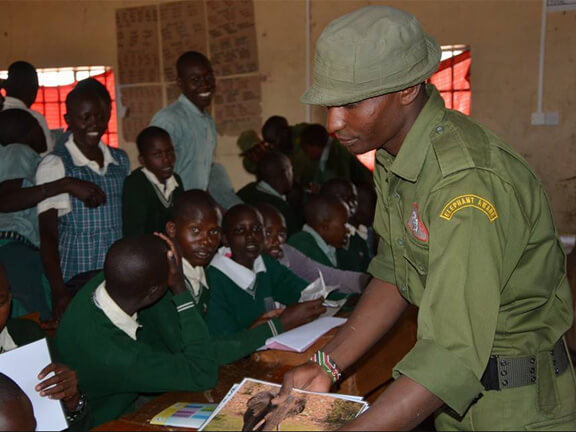 The Siana region is in the immediate vicinity of the EA camp. The landscape is scenic and shows great variety, from widespread African grass savannah to gallery forests along rivers, interspersed with heavily vegetated bushland and vast hills with dense vegetation. Owing to a considerable number of natural springs, the hills also serve as an important water reservoir and retreat for wildlife

The land is owned by the local Maasai families and was used communally in the past. As a result of awkward land policy and planning in Kenya, many families have recently fenced their land to secure their ownership. With Siana being a rather underdeveloped area of the Mara ecosystem, the illiteracy rate is high, especially among the older Maasai. Job opportunities are scarce – occurring only in the tourism sector – so the Maasai are still largely dependent on cattle. Some Maasai and landowners of other tribes try their hand at agriculture; unfortunately the soil is mostly not suitable for farming. 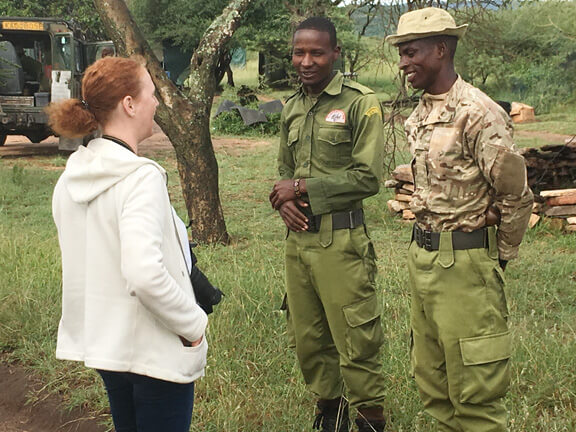 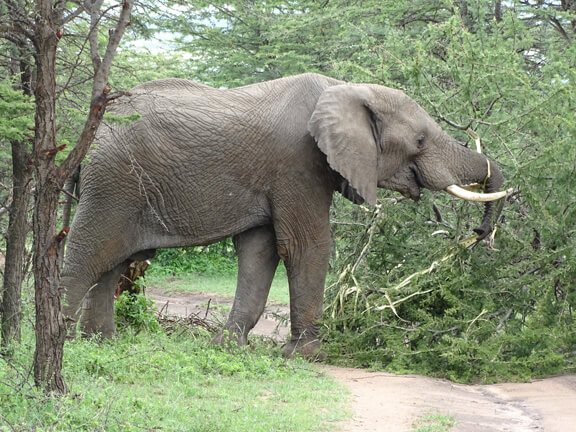 EAMM was founded by the Cowell family in 2009 to help alleviate human-elephant conflict and poaching. Nick has been involved in wildlife conservation throughout his life, for instance as head of the Kenyan Rhino Protection Program, and also as Honorary Warden of the Kenya Wildlife Service (KWS). EAMM is working under the patronage of the Wildland Conservation Trust, which is an officially registered non-profit organization in Kenya. Elisabeth and Nick attend to all matters and concerns of Elephant Aware. Their daughter Gini Cowell has been working together with Joyce Poole of ElephantVoices for 4 years, building a database for the Mara elephants. Ginis focus has been on the Siana elephants, identifying individuals and observing their behaviour. She is also managing the internet presence of EAMM and has written articles for National Geographic.

Her brother Will Cowell heads the ranger unit of Elephant Aware and takes charge of the rapid response team in case of emergency. The Cowell family and the whole team live year-round in the Elephant Aware Camp in Siana to ensure the project to be fully operational.

⁃ Daily patrols on foot and with vehicle back-up

⁃ If required, 24-hour surveillance can be set up

⁃ Mediation in human-elephant (or wildlife) conflicts

⁃ EAMM is an important employer in a structurally weak area