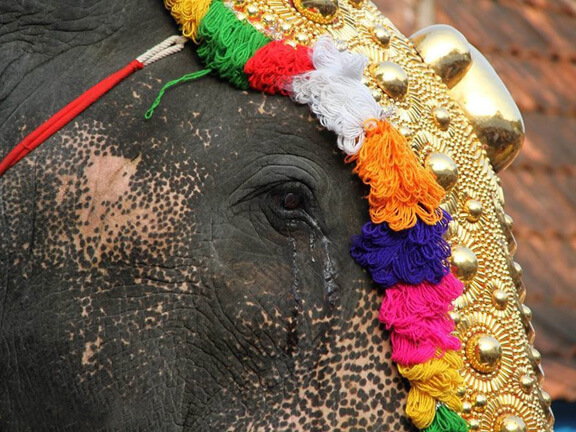 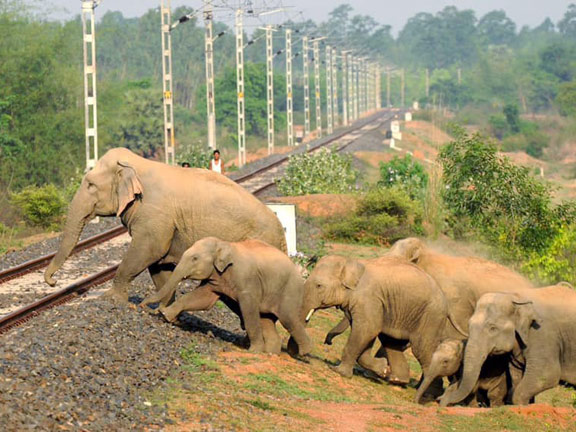 A bright spot for elephants in Kerala, India: At the Gentle Giant Summit (GGS), politicians, experts and government officials came together for the first time to advise on the dramatic situation of the elephants and to develop solution strategies. The elephant summit - initiated and organized by Sangita Iyer and her organization Voice For Asian Elephants Society (VFAES) - took place from November 16 to 18, 2019 in Kerala's capital Trivandrum. Future for Elephants made the GGS possible through financial support.

The focus was on the following topics:

The topics were highlighted, experiences exchanged and solutions developed both in lectures and in working groups using the “World Café” method.

In a video lecture, the internationally known climate researcher and elephant expert Dr Raman Sukumar explained how elephants contribute to the conservation of ecosystems and the survival of other animal species. As the “gardener of the earth”, the gray giants provide for the large-scale distribution of seeds and dung, or create paths in the forest that also give other animals access to water and feed points. The survival of the elephants is crucial for combating climate change, the catastrophic effects of which were highlighted by Sukumar in the light of the flood desaster in August 2018. The protection of elephants and their habitats is therefore also essential in the interest of climate protection. In another lecture Sukumar reported on the importance of corridors for elephants.

“Wild for a lifetime”

The importance of the elephant as an ecological “key species” and the urgent need to save it from extinction was also emphasized by the social scientist Dr Rajan Gurukkal. Due to the characteristic behavior and needs of the pachyderms, they could not be domesticated, but remained wild for a lifetime (“wild unto death”).

The individual behavior of elephants and adequate techniques of conflict avoidance when encountering elephants were the focus of another lecture.

More and more elephants are dying on highways or railroad tracks that cut the landscape regardless of the animals' migrations. State officials from various departments and ministries explained how sustainable planning could take into account the migration routes and the construction of wildlife bridges or tunnels and exchanged practical experiences. A senior engineer in the state electricity supply in Kerala underlined the need to avoid deep-running power lines near forest areas to protect elephants from fatal electric shocks.

Successful reforestation projects that led to the return of wild animals were also reported. Ecologically sensitive areas also need to be protected from human interference, experts from the forest authorities emphasized.

The fact that elephants like humans can suffer from post-traumatic stress syndrome was described by Dr Jessica Bell Rizzolo in her lecture. As the youngest speaker, police cadet Kaavyaa Saseedharan asked the fundamental question of whether it was legitimate to use the animals for commercial or religious purposes given the immense suffering of captive elephants.

Another topic was the danger from zoonoses, i.e. diseases that jump from humans to wild animals or from wild animals to humans.

Initiator Sangita Iyer hopes that the elephant summit will make an important contribution to raising awareness and will facilitate cooperation between the actors involved in ministries and authorities.

Disturbing images of elephants crossing railroad tracks or highways, being chased away with fire or killed in electric fences reach us time and again from India. Tragically, Asian elephants are on the brink of extinction with only around 40 000 left in the wild – and India with 27 000 wild elephants is home to the largest part of this remaining population. But the Gentle Giants are under severe pressure in India, mainly because of the rapidly growing human population.

A new corridor project in Kerala aims to buy and secure strategically important land for the elephants and restore the natural forest in that area. This promising project in Kerala was initiated by Sangita Iyer. The biologist and filmmaker has shown the immense suffering of temple elephants in her documentary Gods In Shackles and drawn worldwide attention to the plight of elephants in India. Future for Elephants e.V. is partnering with VFAES and supports Sangita's work on site.

The land which is to be bought and renatured for the elephants is located in northern Kerala on the border between Nilambur and Tamil Nadu. The valley is considered a global hotspot for biodiversity and is also a traditional elephant migration route. The corridor, which connects several forest areas, is currently only 500 meters wide and is surrounded by rubber and banana plantations. On their migrations to the remaining habitats, the wild elephants are therefore exposed to great dangers.

In a first step, 2 acres will be purchased and renatured for the elephants. The latter will be achieved in cooperation with a small indigenous community living nearby, who will act as "guardians of the forest", thus gaining a new livelihood. This should happen soon,  explains Sangita Iyer, since the people of the tribe are dependent on the forest and therefore keep invading the remaining habitat, with great risk of conflict. By purchasing the 2 acres, the existing corridor will be doubled!

According to the plan, a total of 58 acres of connected land are to be bought step by step and reforestated with native plant species – thereby providing wild elephants with both new habitat and secure connections between existing habitats. In addition, the local population is involved and receives a new livelihood – which will help greatly to avoid human-elephant conflict.

VFAES is cooperating with the Kerala Forest Department on this groundbreaking project and has received the support of ecologist and elephant expert Dr. med. Raman Sukumar, who created the first elephant corridor in India. 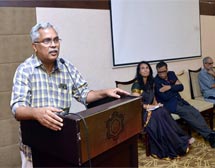 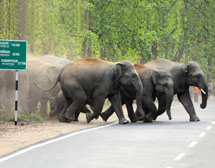 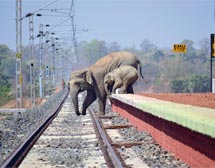 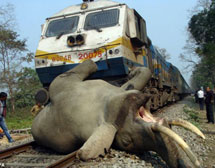 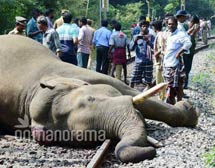 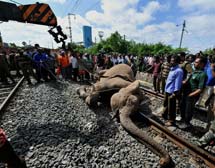 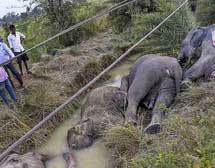 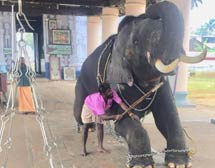 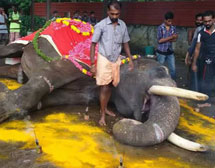 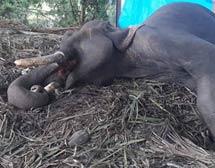