Why the World needs Elephants 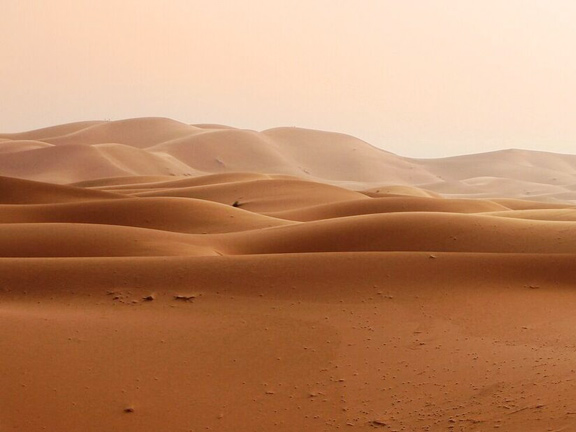 Why the World needs Elephants

The imminent extinction of the grey giants would have disastrous consequences for our climate and could result in a mass migration of people. Those who believe that the extinction of elephants would hardly be noticed by humankind are wrong: elephants are more than just a ‘luxury’ that sentimental animal lovers are trying to protect. The extinction of the grey giants would have many more consequences for all of us – especially in the industrialised nations.  The largest living land mammals are extensively contributing to the natural climate balance and to world peace. 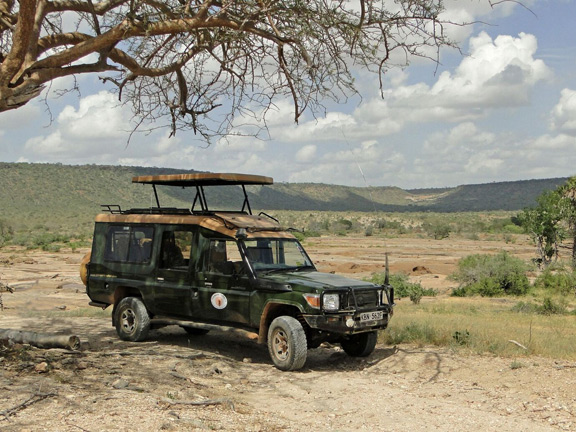 ee, above all, the so-called safari animals. Sightings of lions, giraffes, rhinos and monkeys are captivating – but elephant sightings are second to none! The extinction of elephants would cripple tourism and millions of people working in the tourism industry would lose their jobs. Due to a lack of future prospects it is likely that many of them would set out for Europe and other western countries – just like the Africans who triggered the so-called refuge crisis.

During its lifespan of 60-70 years an elephant draws countless tourists into the country and therefore directly helps to increase the country’s revenue. A study conducted by the David Sheldrick Wildlife Trust shows that a live elephant is 76 times more valuable than the profit poachers would make selling its tusks. During its lifespan a live elephant as a major attraction for eco-tourism would contribute EUR 1, 4 million.

Pachyderms and the climate

The vast forests of our planet are contributing to the natural climate balance of our eco -system, the earth, and they supply breathable air. The second most important forests which are absorbing CO2 (and emitting oxygen) are those in Central Africa. In order to be able to do this in the future, these vast forests must be constantly maintained and renewed by nature. Elephants play a vital part in this process.

Similar to birds, elephants contribute to far-reaching seed distribution. Without this seed distribution trees with hard wood would be lost, thus causing a decline of CO2 absorption, resulting in an aggravation of the greenhouse effect. The rise of the global temperature would lead to droughts, and the cultivation of food would become increasingly difficult. Taking the population explosion into consideration this might prove disastrous!

The consequence: the less elephants we have, the higher the temperatures will rise and the more droughts will hit us. The situation of the African population is increasingly precarious - which forces more and more Africans to immigrate to richer countries. 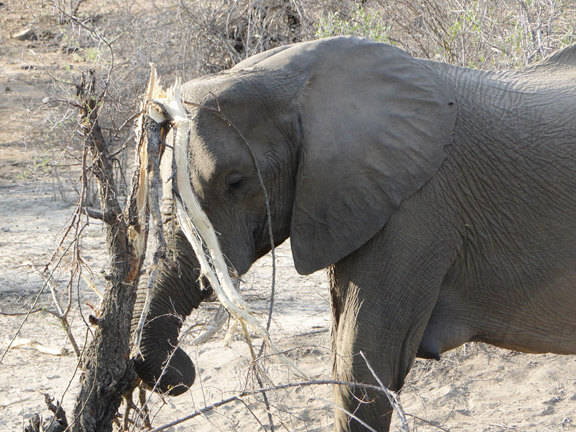 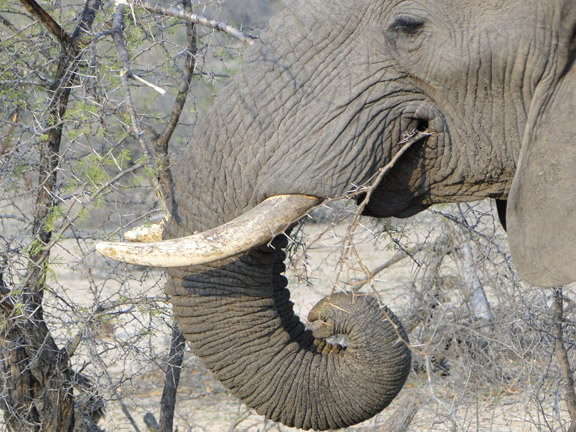 The huge land mammals not only distribute seeds of many different plant species over many kilometres in their dung – their dung also contributes to fertilization and therefore plays an important role for the fertility of the soil.

There are many examples of how elephants support various landscapes and a variety of animal species:

Elephant dung, for example, is being used by a number of animals. Elephants are poor converters of food and excrete most of the nutrients. The dung therefore contains valuable ingredients, such as blossoms, which are being consumed by monkeys and baboons and also by other animals. The dung beetle deposits its eggs in fresh elephant dung, thereby using it for reproduction.

Elephants are known as the gardeners of African landscapes, and because of their feeding habits they secure the variety of landscapes and therefore improve biodiversity. Owing to their sheer size, they serve as ‘battering rams’, cutting fire corridors into forests and, by virtue of their feeding habits, opening up savannas for other animals which need access to those regions, e.g. ungulates (hooved animals).

Elephants do not only look after themselves, they also provide for other animals, especially when it comes to water: with their massive tusks they dig watering holes in the ground and even their footprints are used by smaller animals as a watering hole, once rain water has accumulated.

It has been proven that without pachyderms that create diverse landscapes, namely forests and savannas, the biodiversity will decline. Elephants are an umbrella species for other species. If we protect them, we automatically protect other species, such as birds, amphibians, reptiles and a whole chain of processes in our eco-system. 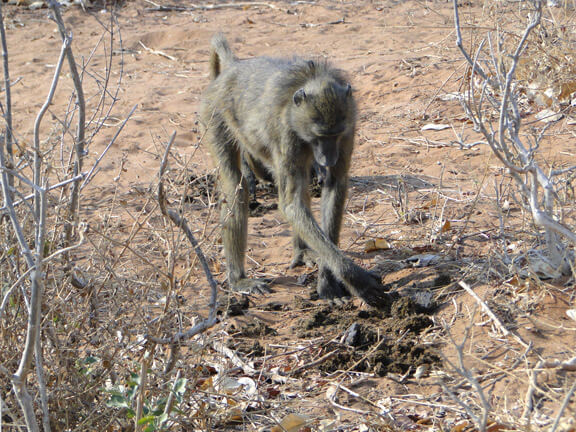 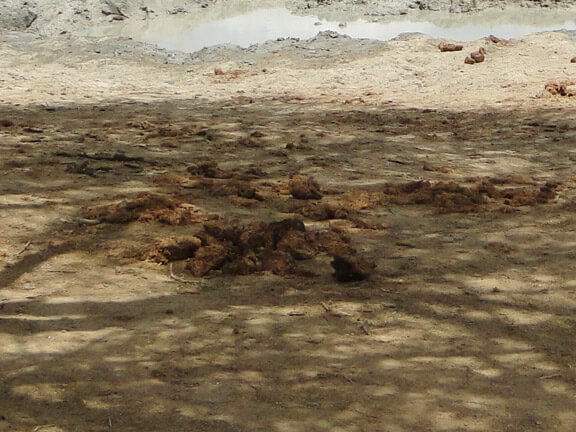 As a species, elephants are not related to humans. But observing their behaviour and their emotions we note many striking similarities. Elephants display exactly those characteristics which we, as humans, appreciate about ourselves. This explains why we feel so connected to elephants. The pachyderms lead an intensive social live, maintain strong bonds within their own herd, to related herds but also to other elephants. Their mutual readiness to help and the way they bond with and support each other is impressive. Elephants mourn their dead; they show affection, joy, sadness, wit, fear and anger. The grey giants belong to the most intelligent creatures on the planet.

How could we possibly justify their extinction? 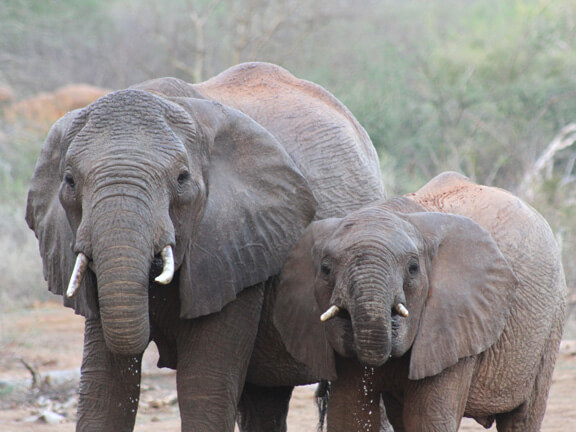 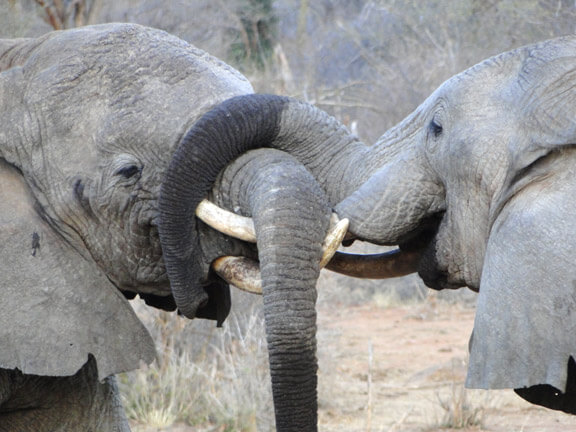 Study on the economic value of elephants:
iworry.org/wp-content/uploads/2013/09/Dead-or-Alive-Final-LR.pdf

The impact of large herbivores on biodiversity:
http://nautil.us/issue/101/in-our-nature/the-natural-world-is-an-elephant-world

umbrella species elephants and their effect on other species
http://www.business-standard.com/article/news-ians/large-mammals-like-tigers-elephants-ideal-ambassadors-for-conservation-117031400967_1.html